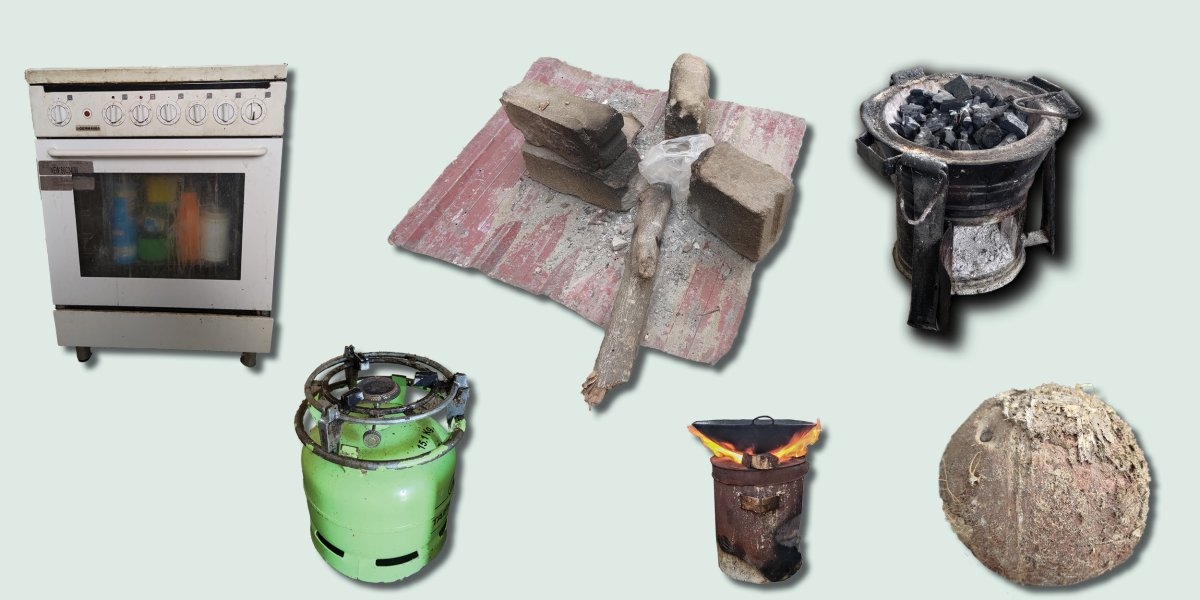 Clean cooking: A recipe for a better world

Switching cooking in developing countries to cleaner forms of energy will lead to better health and lower greenhouse gas emissions. The 4CImpacts project looks at how gas use can be scaled up in Tanzania, and what consequences it will have for the climate, health and society.

No one knows exactly when, but at some point, perhaps as long as one and a half to two million years ago, man tamed fire, and began to heat treat food. Since then we have continued to cook, bake, fry and grill our food.

Much has changed, but one thing is as true today as it was a million years ago: If you are going to prepare food, you need access to energy. For close to half of the world's population, this means burning with wood, animal dung, coal and food scraps, as humans have done for thousands of years. These are cheap and in many cases practical forms of energy, but at the same time lead to a lot of local pollution and particle emissions.

In Norway, most people probably associate clean energy with renewable energy sources, such as hydro-, solar and wind power. But in developing countries, gas plays an important role. Gas is a fossil energy source, what makes it clean energy?

- At the bottom of the energy ladder you will find wood and coal heating, in the middle gas, and at the top electricity. Of these, gas and electricity are considered clean energy with regards to indoor air pollution, he says.

Chowdhury points out that although gas has a "bad reputation" as a greenhouse gas among many in the rich developed part of the world, the transition from wood and charcoal burning to gas is seen as an important step in the right direction in many developing countries.

- Many developing countries have poorly developed and unstable power grids. For example, you don't want the power to go out while you're cooking dinner. Having a stable energy source that you can rely on is important. Then gas is very practical, says Chowdhury.

Replacing charcoal and firewood with gas will dramatically improve air quality in the individual house, but also in cities and towns. According to Chowdhury, there can also be a climate effect in getting more people to use gas. When burning wood and coal, a lot of soot, so-called black carbon, is released. These are particles that heat the atmosphere. Gas, on the other hand, emits insignificant amounts of black carbon.

- Smoke-filled kitchens, whether they are inside or outside, are a major health problem worldwide. It affects the poorest, and especially the women who are at home and cook, says anthropologist and CICERO researcher Mikkel Vindegg. He recently carried out fieldwork in Tanzania's capital for the 4CImpacts project.

In Tanzania, on Africa's east coast, scientists assume that air pollution from cooking causes between 29,000 and 50,000 premature deaths a year.

Each form of energy has its advantages and disadvantages. Firewood is the cheapest and easiest. You find the fuel yourself, or buy it. The disadvantage is that it creates a good deal of smoke, which in the long term increases the risk of cardiovascular disease, lung problems, cancer in adults and pneumonia in children.

- If you are poor, you use the energy sources you can find, such as coconut shells or building materials. These are materials that burn very badly, and can create smoke that is dangerous to breathe even in the short term, says Vindegg.

Cooking on a fire usually takes place outdoors, but not always. When the rainy season arrives, those who do not have access to a covered terrace or similar must move cooking inside. This means that those who prepare the food breathe in even more of the harmful smoke.

- In addition, it is difficult to get hold of dry fuel during the rainy season. Even the charcoal often gets wet before it reaches the home. Then it burns even worse and emits more smoke, says Vindegg.

There are alternatives to smoky kitchens and polluting fireplaces, such as modern and clean-burning wood stoves, gas stoves and electric stoves. But in Tanzania, only two percent of the population has access to such modern kitchen technology.

The reason for this is complex, but most of it concerns price.

- The vast majority of people in Dar-es-Salaam have access to electricity, but very few use it for cooking, mainly because it is too expensive, says Vindegg.

The same applies to gas. Buying a gas cylinder is expensive, which means you have to have a lot of money available every time you need to replace it. Few have that.

- Some gas providers have developed a form of prepayment for the gas you use. A digital meter is mounted on the gas tank, and you can pay with your phone, for example with two thousand shillings at a time (1 euro). This way you can pay continuously in smaller sums, a bit like a cash card. When the tank is empty, the gas company delivers a new one - free of charge. The basic idea behind this model is to make gas more accessible to the poor, but it has also proven to be popular among those who are richer, explains Vindegg.

Even among those who can afford gas, some will still choose to use charcoal.

- Not all kitchen equipment works well on a gas burner, which means that some have to invest in new pots. In addition, some types of food are simply more practical to cook with charcoal, says Vindegg.

Several popular dishes in Dar-es-Salaam involve long-term cooking, and many find that it is both easier and cheaper to maintain a constant heat over a longer period of time with charcoal.

- If you are going to transform the energy system, you have to think about several things. The material - do they have the necessary access and equipment? Skills – do they have the knowledge needed to use the equipment? And not least culture and norms - does it fit in with the way they want to cook the food? asks Vindegg.

Many people in Dar-es-Salaam use a combination of several forms of energy, depending on what they are going to cook.

Vindegg points out that this is not so different from what we have in Norway. Everyone here has electricity, but in the summer we still go out into gardens and parks to fire up the barbecue. Some swear by gas grills, others by charcoal. Some even use an electric grill. And when the bonfire ban is lifted, many go to the forest and grill sausages on a fire. Norwegians also burn wood to keep warm, although it is more expensive than electricity and in some places leads to poorer air quality. It's cozy with a fireplace.

– The differences are often smaller than one would think when you look more closely, says Vindegg.

Lack of access to clean cooking technology is the single largest environmental risk factor for disease and disability in countries relying on traditional biomass fuels for household energy due to household air pollution.

The Climate Impacts group is an interdisciplinary group with high-level expertise on climate, air-pollution and economic modeling. We conduct comprehensive quantitative impact and risk analyses, including vulnerability, exposure and hazard components.