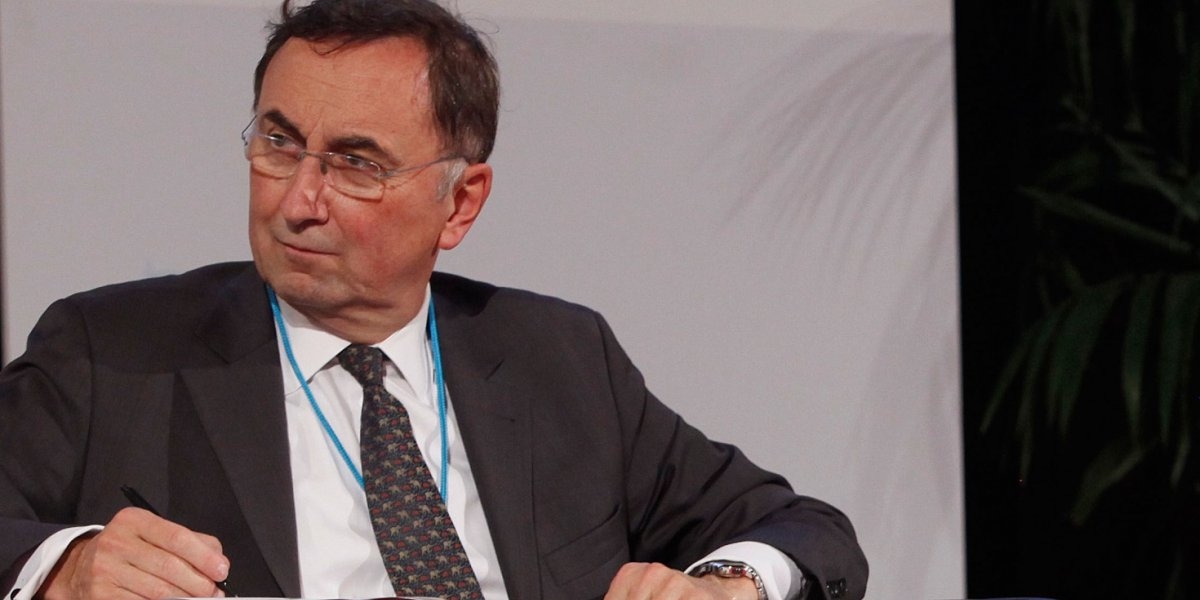 “THERE IS VERY LITTLE, PRACTICALLY NO DISCUSSION ABOUT GEO-ENGINEERING AT THE POLICY LEVEL. OUR JOB IS TO MOVE THE DEBATE FROM ACADEMIA INTO INTERGOVERNMENTAL POLICY SPACE AND TO DEVELOP GOVERNANCE”, SAID PASZTOR WHEN KLIMA MET HIM AT COP22 IN MARRAKECH. PHOTO: UNIDO / FLICKR

Geo-engineering can be a cheap way of instantly lowering the Earth’s temperature - with potentially devastating side effects. The technology is here but international regulation is lacking.

The desire to control the weather is as old as humanity but only over the last decade have we started to develop technologies to alter the climate. A few are already developed, some exists only as models, and most are still at the level of academic research.

On 16 February the Carnegie Council for Ethics in International Affairs launched the Carnegie Climate Geoengineering Governance Initiative, a four year initiative to advance the governance of geo-engineering. The project is bankrolled by the Carnegie Foundation and lead by Janos Pasztor. Most recently, Pasztor was the United Nations assistant secretary-general for climate change under Secretary-General Ban Ki-moon.

“There is very little, practically no discussion about geo-engineering at the policy level. Our job is to move the debate from academia into intergovernmental policy space and to develop governance”, said Pasztor when KLIMA met him at COP22 in Marrakech.

The long-term objective of the C2G2 Initiative is to encourage policy dialogues on and to contribute to the development of governance frameworks for climate geoengineering, which is defined as deliberate, intentional planetary-scale interventions in the Earth system to counteract climate change.

Geo-engineering technologies can be divided in two categories. The technologies that absorb CO2 from the atmosphere are called carbon dioxide removal. Those that reduce the amount of sunlight that reaches the earth’s surface are called solar radiation management.

Solar radiation management, where for instance particles are spewed into the stratosphere to block sunlight from reaching the earth’s surface, can work fast and are relatively cheap.

The low cost of some of these technologies could tempt countries and even some large companies to deploy solar radiation management to protect their interests.

“The problem with solar radiation management is that it doesn’t solve the problem. Unless you simultaneously reduce emissions, you must manage the incoming solar radiation for hundreds of years.

“Carbon dioxide removal on the other hand is relatively expensive and it takes time, but it also solves the problem. You have two completely different techniques and many researchers believe that we are most likely to use them in combination”, said Pasztor.

Bio energy with carbon capture and storage, known as BECCS, is a carbon dioxide removal technology. It is often referred to as negative emissions and built into most of the IPCCs 2°C scenarios. Although considered mostly harmless, widespread use of BECCS to compensate for high emissions will have side effects too.

“It has huge impact on land use, on water use, it affects precipitation and therefore can threaten food security”, said Pasztor.

The Initiative will neither promote nor be necessarily against the potential use of climate geoengineering, but will advocate for the development of governance frameworks necessary for expanded research on such techniques, including their environmental, social, and economic impacts, as well as for their potential deployment.

“There is a plausible scenario in the next five, ten, fifteen years that some governments may turn to geo-engineering. The IPCCs latest assessment report makes it very clear that to keep warming below 2°C, we need to deploy a lot of negative emissions. Many people believe it is simply not possible to reach those goals without some combination of geo-engineering.”

Widespread use of BECCS to compensate for high emissions will have side effects too.

Despite this, geo-engineering is not a hot topic in the international climate diplomacy.

“In the negotiation process, this topic is almost a taboo. There are no discussions on it. Geo-engineering does not exist in the UNFCCC vocabulary. You find references to negative emissions which is part of geo-engineering. And certainly, no reference to solar radiation management.”

The reason could be that many policy makers are afraid geo-engineering will steal attention from mitigation. Pasztor likens it to the debate around adaptation 15 years ago.

“Those of us who promoted adaptation said it doesn’t matter how much we mitigate, we still have to do some adaptation. Today, adaptation and mitigation are looked at almost equally”

The Initiative is engaging relevant stakeholders in intergovernmental and international nongovernmental organizations, the research community, think tanks, the private sector, as well as government officials to raise awareness about the issues; to encourage policy dialogues; to develop elements of the necessary governance frameworks; and ultimately to catalyze intergovernmental action.

“We will reach out to governments both systematically and informally. After a few years, we hope to have a network of organizations and institutions both inside and outside government that is discussing these issues and hopefully we will see some government action.

“In addition, we will work with treaties and existing conventions such as the climate convention, the bio diversity convention and the London anti-dumping convention. We will also be exploring some new alternative legal arrangements that don’t exist yet”, said Pasztor.